1. I learned that the stratosphere is going to double in size this week.  Imagine my disappointment when I discovered it was just a science centre in Aberdeen – oh well!

2. I remember a truly horrifying day at school when I learned that the water used in the town had already passed through at least 20 people before it reached us, due to our location along the river Severn, although we were told we should look on the bright side, by the time the poor people in Bristol got it, it had passed through more than twice that many!  Now there’s a team of university researchers going to work out how many drugs we’re getting dosed up on too after that’s passed through the water supply (you’ll be pleased to know they don’t think the doses are harmful to people, but may be to plants and animals.  Between that and all the farm residue washing off the land, it could quite put you off bathing and drinking! 3. I did have a bit of a chuckle when I saw that council workers down south had managed to paint double yellow lines on both sides of an alleyway that was only 4ft wide, after local residents had complained of illegal parking in the neighbourhood.  Given that you couldn’t even get a motorbike down there, I wonder how they even managed it! 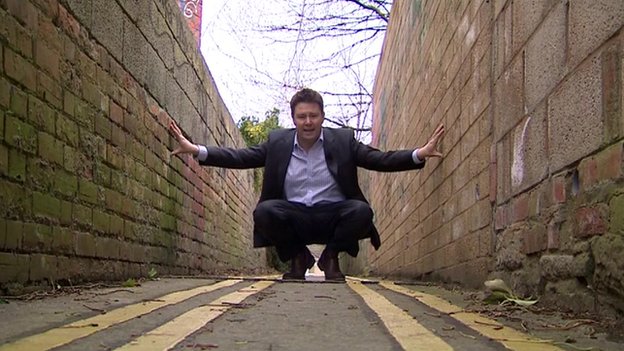 4. One of the Welsh rugby union team has just qualified as a doctor, I wonder if that means he can patch people up on the pitch to make injury times shorter?  And if so would he get double pay?

5. Apparently it’s remembered how to rain this week, and it’s been practising hard, although I did end up in a weird situation where I walked through a sunny carpark while rain was falling on my head earlier in the week – how does that work?!

Linking up to our random-gathering queen: