I had a slightly worrying moment this week when *whispers* I wasn’t sure I had enough random for you…  Never fear though, I found some things :oD

1. I hate TV adverts – normally I Sky+ everything so I can fast forward through any ads, but while I was in the kitchen making dinner last night, I heard a couple of ads that made me wonder if the people behind them had really thought through what they were saying.  Firstly for Nissan, ‘Buy our car and you’ll never buy petrol again’.  Hmm, I haven’t bought petrol in years, why is this a selling point?  Ohhhh, you were trying to sell an electric car, maybe petrol wasn’t the word you were casting around for then…

The second was for Aptamil, ‘If you’re going to move away from breastfeeding, then buy our milk’.  If?  IF?!  Good grief, who wants adults that are still breastfeeding?!  I suspect that wasn’t quite what they were aiming for either!

3. There are many things that I imagine people come to see Highland Games for, but one of the most comic bits is usually tossing the caber.  Unfortunately Pitlochry Highland Games got into a bit of trouble last year when all their entrants were able to toss their 17ft/92lb caber nae bother.  This year they had to up the ante, alas, history has not related how the throwing went, as no-one has typed up the results from 2 weeks ago!

4. So did you know that there’s a polar bear jail in Canada?  Yup, in Churchill, Manitoba, known as the polar bear capital of the world, some of the 1,000 odd polar bears who wander into town for a bit of a snack get put in jail on a strict diet of water for up to a month before getting sent on their way again.  Apparently some of them get a little green too… 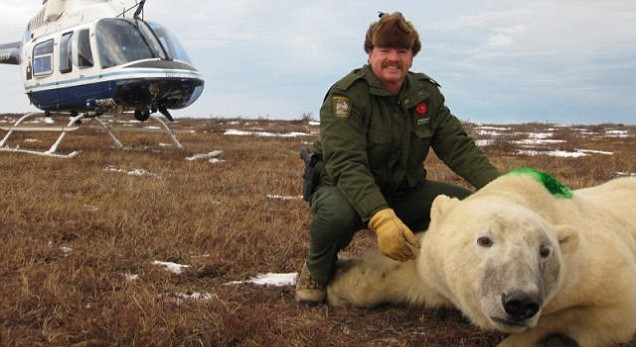 5. Finally, a study by linguists at Glasgow Uni *cough* the opposition *cough* has determined that watching Eastenders is turning Glaswegians Cockney.  Hmm, I don’t think they did much studying round my way…

But it’s rather more like this (about half a mile down the road):

I kind of fell down a YouTube black hole for you finding these BTW!