Ahh, it’s that time of the week, when we look at all the crazy things other people get up to and smugly consider ourselves quite normal…

1. I’m sure you’l have heard of the ‘stooshy’ (as they say round my way) surrounding the Winter Olympics in Sochi, and the protests that have been going on by gay communities around the world, so you can imagine the Twitter storm that occurred this week when photos of the men’s loos appeared online: 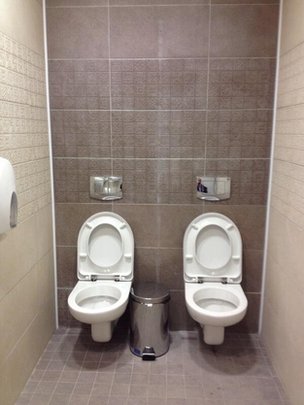 2. In a quite different sensation this week, some men in South Africa dug up a pretty big shiny thing that’s attracted the world’s press, a 29.6 carat blue diamond.  Hmm, I suspect with a price tag in the 10s of £millions, my knight in rusty chainmail won’t be limping up to me to present it to me for our engagement:

3. 40 miles south of the diamond, another shiny thing was causing a bit of a stir!  A bronze statue of Nelson Mandela, unveiled in Pretoria after his death last month, was discovered to have a rabbit in his ear!  The sculptors put it there as their ‘signature’ having supposedly been denied the right to place their signatures on his trousers.  Despite the fact that no-one noticed it during the manufacturing process, they have now been asked to remove it once it was pointed out to the government… 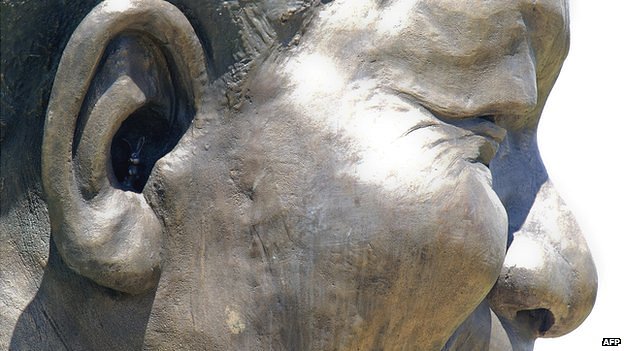 4. Another person with his nose out of joint this week was Quentin Tarantino, who has canned plans for an upcoming film after he started to get calls from agents wanting to put their clients’ names forwards.  Since he hadn’t released the details to any agents, he was somewhat miffed, and decided no-one was going to get to play! 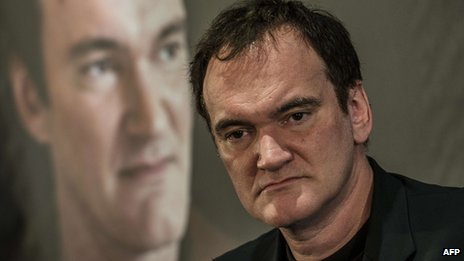 5. And finally, with the longest nose of all, I present to you the latest candidate in the local council elections in Mazur, Belarus: 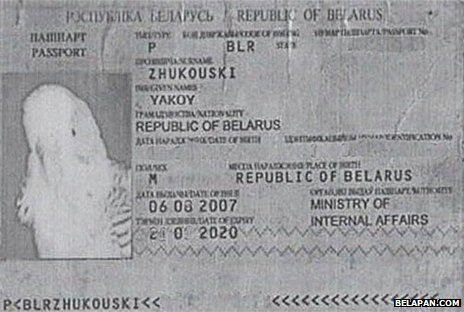