It’s been a while since I’ve had a travel rant, but since I’ve been wandering around the country recently, I had to include some in this week’s random ;o)

1. Early last week disaster struck at my office.  From afar, I read about the fact that, horror of horrors, the building next door to ours has finally been let out and we can no longer use their car parking spaces.  E-mails were positively flying to the ‘All Glasgow’ distribution list discussing the crisis that we now faced.

For over a week we’ve been getting e-mails from the poor receptionists asking the owner of car ‘X’ to move it.  At 8:20 yesterday morning the usually fairly empty-at-that-time carpark was about 3/4 full, and by 9am one car wasn’t so much parked as abandoned half on a kerb on a corner.

Oh, did I mention that my office is right across the road from a shopping centre with over 6,500 free spaces, and there’s, ooh, 250 odd of us?

2. Do you slow down to look at traffic jams?  No, seriously, lanes that are going off a motorway are jammed, do you slow down everything else to a crawl so you can gawp at those fools heading into the jam?  If this isn’t you, then I suggest you avoid the M8 while the Clyde Tunnel is having roadworks, because we all did 10mph past the junction in sympathy, despite the fact that we were in a 70 zone.  Seriously people, don’t you have homes to go to?! 3. Oh well, on the bright side, an M8 jam is a rather smaller headache than the UK and US forces have trying to get everything home from Afghanistan this year.  Between them they have 25,500 containers of equipment, 27,500 vehicles/pieces of major equipment, and 43,500 troops to get home, plus a bunch of other ‘stuff’.  They will be leaving quite a few things behind though that are either too big, or too old to get home, so fire sale on old tanks then? 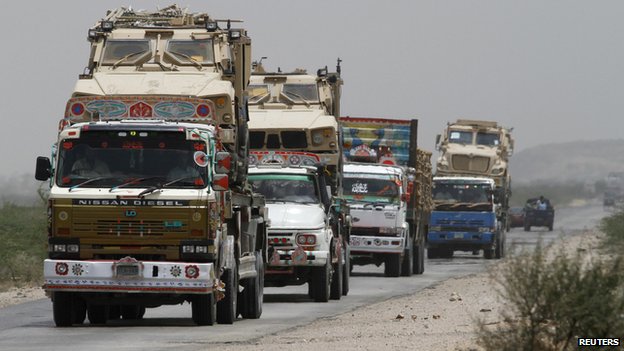 4. From one extreme to the other, have you ever had a bike stolen?  Ever got it back a short time later?  Well if the second part didn’t happen for you, consider making your own bike so that it’s so identifiable, you can easily track it down, like this bamboo bike that went walkies for a while in London, but was reunited with its owner after he saw it in a local market: 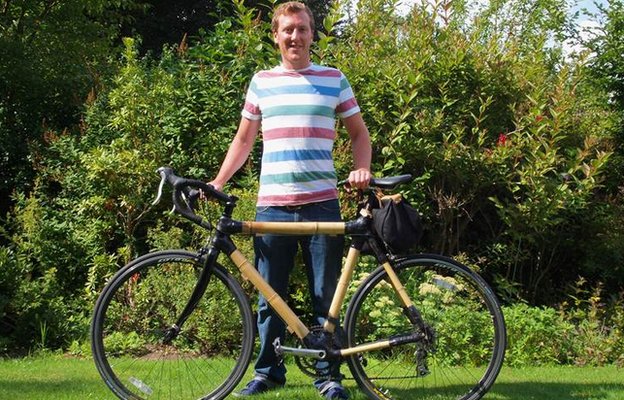 5. If the weather in the UK continues with its persistent rain, building that oft joked about ark might be the way to go instead of a bike, in fact Somerset would quite like the army to drop by there and help drain the 65 million cubic metres of water off the Levels so they don’t have to row out of there.  Maybe they could do that on the way back from Afghanistan… 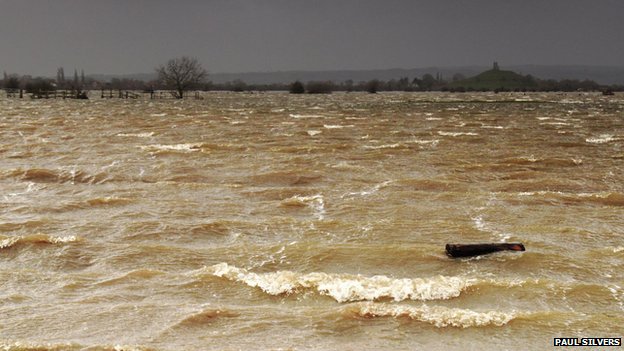