Aaaand we’re back!  Oh, and have I had randoms building up for you…

1. Okay, the first had to be the missing plane.  I mean, come on, it’s getting a little ridiculous now!  And no, I don’t mean that they haven’t found it, so much as all the wild and weird theories coming out about why it happened: the pilot, a big fan of the (peace loving, democratic supporting) Malaysian opposition leader hijacked it because… well, just because.  No, no, no, it was because it was on fire and the pilot tried to get it to a nearby airport, was overcome by fumes and it flew on unmanned, crashing into the Indian Ocean eventually (making 2 sharp turns afterwards, but that’s a minor detail).  No, wait, it was hijacked and flown through some of the most densely patrolled skies in the world without anyone noticing (actually, I’ll come back to that further down this post).  Hang on, actually, they all went to the Maldives!  Wrong again, it hid under another plane that was nearby and peeled off at some point without anyone noticing (these airliners are so small you know)  Personally, I think Blofeld did it… 2.  Remember that point I said I’d come back to?  One of the stories that was resurrected during the hunt for MH370 was the true story of how in 1987 a West German teenager managed to fly his small aircraft to land in Red Square, Moscow during the Cold War.  A combination of sheer balls and a case of mistaken identity by the Russian military meant that he was able to take off from Helsinki having filed a false flight plan stating that he was off to Stockholm, then turn round and head back over Finland to a corner of Estonia and then all the way through Russia to the gates of the Kremlin.  Despite the amusement of onlookers, he got to spend a year in prison afterwards on charges of ‘malicious hooliganism’ and ‘adventurism’, only a deal following a treaty between Reagan and Gorbachev meaning he was released 3 years early from his 4 year term. 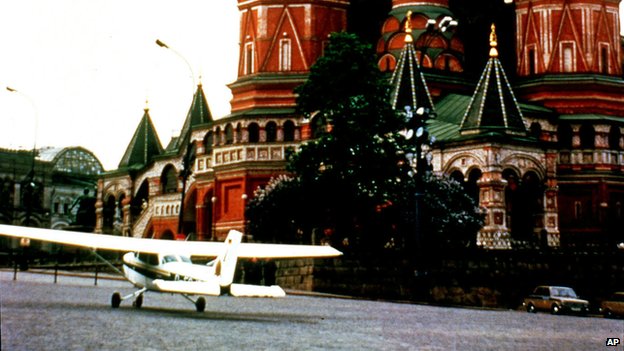 3. Speaking of the ends of wars, if I said to you that the ‘kiss guy’ had died, would you know what image I meant?  Even with a brief headline link of ‘Iconic WW2 Kissing Veteran’ told me exactly what photo it was before I even opened the story – the one where, upon hearing of the end of the war in Japan while changing trains in New York, a sailor grabbed a passing nurse who smiled at him and kissed her.  The nurse in question, Edith Shain, died in 2010, with her kisser, Glen McDuffie following last week.  They never met before or after, but it must be one of the most iconic photos in history (and possibly the one with most protagonists claiming to be the kisser/kisee!): 4. Moving from one type of closeness to the other, the Canadians have come up with a whole project dedicated to it… yup, the Moose Sex Project.  With less than 1,000 of the iconic beasties left roaming around Nova Scotia, they’re trying to set up a corridor for them along the Chignecto Isthmus, so that they can wander over to neighbouring New Brunswick to take their pick of over 29,000 prospective mates.

5. Now you recognised that as a (sexy?) moose, right?  But could you spot your milk cows from your beef cows?  Apparently Tesco couldn’t, and put a lovely picture of a field full of beef cows on an ad for lower milk prices recently.  Oops!  Personally I’d have thought the lack of bloated and pendulous udders would have given it away, but what do I know? 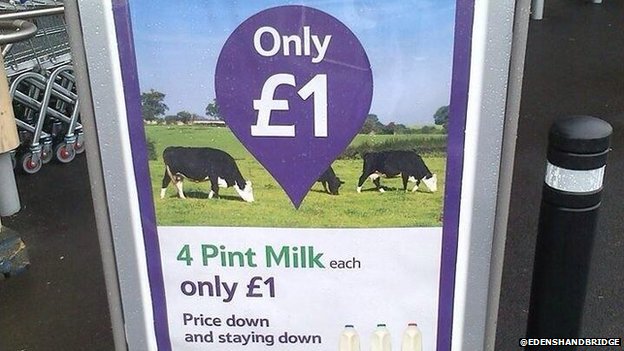 Linking up again with the Randomeers!