Well it’s that time of the week where I scour the interwebs for interesting facts that you positively couldn’t get through your week without.  No really, you couldn’t… ;o)

1. Starting off with the cuteness factor, have you see the baby Java mouse-deer that was born in Spain this week?  He is one of 43 in European wildlife parks and zoos, but his natural habitat is being threatened by massive deforestation, and they are an endangered species.  He’s no bigger than a hamster, and weighs a whole 100g.  1, 2, 3, awwwwwwww… 2. Speaking of endangered things, I know that you all have a ton of spare cash lying around, you know, hidden under the mattress for a fabric sale rainy day, but if you’re in the UK you’re going to want to check if you have any of the outgoing Bank of England £50 notes lying around, as they officially went out of circulation yesterday!  If you find any, you’ll need to make a personal trip to the Bank of England in London to exchange them now…  (don’t we have cheery characters on our bank notes ;o) )

3. Now if you do find a ton of those £50s, maybe you could buy the Gherkin, which has gone into receivership.  I don’t think you can take it away though, and I’m not entirely sure what one would do with such an, err, phallic landmark: 4. Now has your US company gone bust, or made you redundant recently?  Well maybe you can try and get your kid in to see the First Lady and pass on your CV to her.  Looks like they’d get a hug out of it too…  Turns out that if you make jokes in front of your kids, they listen, and then your CV ends up in the White House! 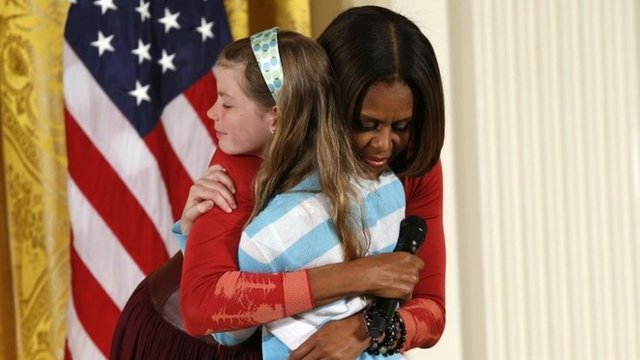 5. And if you thought that last one was a little quackers, have you heard about the Ocean Quack?  You’ll be thrilled to know that scientists have finally pinpointed the cause of the bio-duck sound that has been picked up by vessels for more than 50 years – turns out it’s made by Antarctic minke whales.  Well I’m so glad we solved that one finally…

Please note that following issues with IOSS I will no longer be selling to the EU, apologies to any former customers. Dismiss