1. Sometimes it’s not such a good idea to be at the top of the tallest building in Western Europe, view or not.  Somewhat appropriate that it’s called the Shard though, no?: 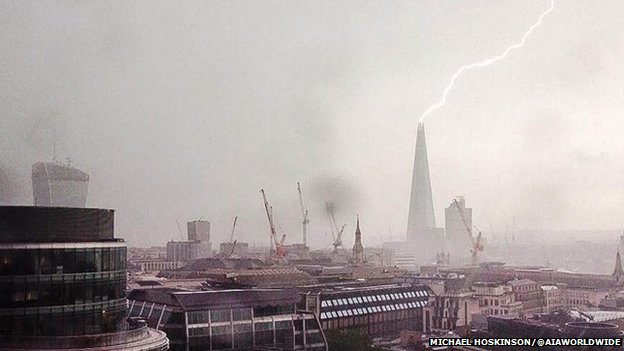 2. From one moment captured in time to the next, did you know that Leica cameras are 100 years old this year?  Designed in 1914 by German Oskar Barnack, mass production was delayed by the outbreak of WW1 until 1925, but they went on to be used by photographers the world over to take many iconic photographs, including this one: 3. Sometimes great feats of engineering can be bad for your health though.  One Victorian connoisseur of such a feat ended up the victim of the invention he was so closely examining – an automaton striking the church bell (and coincidentally him) in a church in Glogau, in Germany: 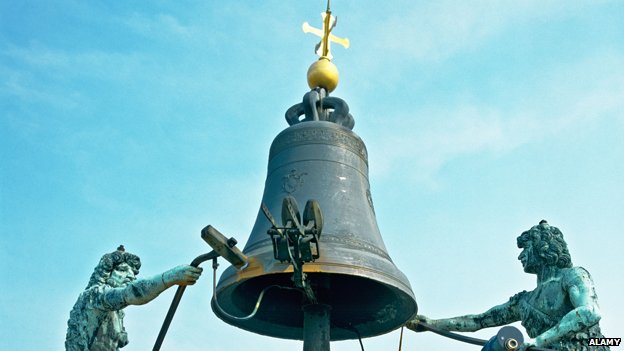 4. Speaking of striking things in Germany, did you hear about the 86 year old lady that managed to hit 11 parked cars on her way out of a multistorey carpark in Erfurt?  Unfortunately for those trying to rescue the damaged cars, height restrictions in the carpark meant that the tow trucks had to wait outside while they moved each vehicle out by hand.  After causing €60,000 worth of damage, history does not relate whether or not she still has her licence (although you’d like to hope not!)

5. And finally, speaking of rubbing up against each other, did you know that there’s a concept in France, every May, of Neighbour’s Day?  Theoretically it’s meant to help make peace with those living close to you, but the reality is that life in a Parisian block of flats can mean letters from solicitors complaining about you walking on the wooden floors in your stilettos, or having complaints pour in, in nicely handwritten notes, about how noisy your dog is.  I have no idea what they mean, I mean it’s not as if I can hear next door’s children rampaging around (in little wooden clogs, I’m sure) at ungodly hours of a weekend, nor the barking of guy downstairs’ dog as he spots the woman across the road’s Westie (lunch possibly?).  Nope, not a clue…