As it was the 70th anniversary of D-Day last Friday, this week’s random is all about that:

1. Did you hear about how the American public were told about the D-Day Landings 3 days early?  CBS, quickly followed by NBC and the Mutual Broadcasting System, leapt on a pre planned news flash accidentally sent by a young typist, Joan Ellis, who worked in the AP London office and accidentally pressed the wrong button on her teletype machine when carrying out ‘unauthorised practice’.  The bulletin was squashed within 3 minutes, but by that time millions of people had heard ‘the news’ that US troops had landed in France.  AP was forced to explain the accident shortly after, and there were no doubt a few red faces around London.  I wonder if the people who heard the real news flash 3 days later actually believed it that time, or just thought it was another accident!

2. There were a number of recreations of the landings and surrounding events, but the oldest active participant must have been 89-year-old Scot Jock Hunt, who repeated the parachute jump he made 70 years before!  I suspect the new outfit might have been frowned upon for its lack of discretion on the original day however: 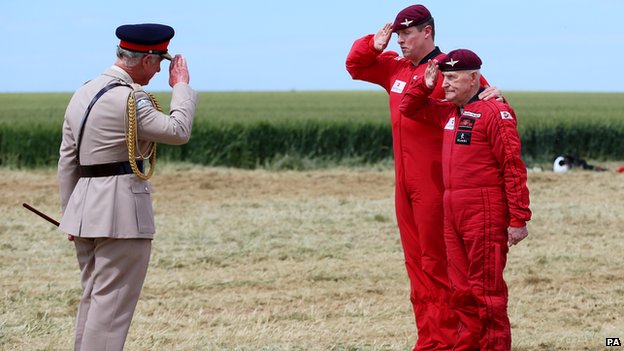 3. I’m sure there were many potential regrets running through the minds of the landing forces on the beaches, but navy veteran Charlie Stretch’s biggest concern on the 6th of June, was that being a day short of his 20th birthday, he was never going to get to taste rum – at the time all naval servicemen over the age of 20 got a ‘tot’ of rum before going into action and he was just missing out.

4. Re-enactors came from far and wide to take part in the commemoration of D-Day, often not from the countries they were representing, with “British” Paras, who turned out to be Italian, “Canadian” troops who were actually Czech, the odd German whose weekend hobby is being an American GI, and a Frenchman who took it as far as to get the distinctive Mohican haircut some of the US paratroopers adopted 70 years ago.  This is one of the originals though, 99 year old Bill Price, on Gold Beach. 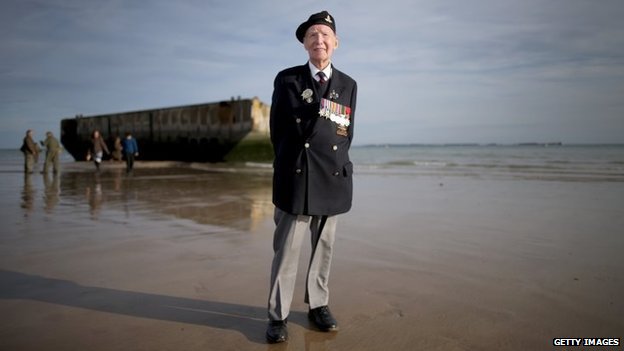 5. And finally, did you hear about the nursing home in Hove that reported that one of its residents was missing on the 5th June?  89 year old former mayor of Hove, Bernard Jordan, was reported missing to Sussex police on the evening of the 5th of June after he hadn’t been seen since 10:30 that morning.  As the local police commander later tweeted: ‘Love this: 89yr old veteran reported missing by care home who said he can’t go to Normandy for #DDay70 remembrance. We’ve found him there!’ 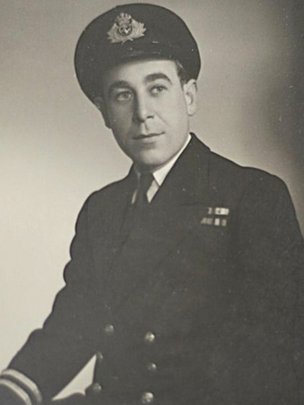