I’m lucky in that there are a group of relatively local bloggers from around the Central Belt of Scotland who meet up every few months.  This time we met at The Stitchery for the first time, although it certainly won’t be the last!   The lovely Cassandra hosted us, and we got in a good 4 hours of sewing, with some lunch on the side, and as a bonus the parking outside is free at the weekends, so I could pretty much go door to door with my machine!  The others all used the Janome machines on site, but as I was quilting and I’ve been burned before on other people’s machines’ seam allowances, I decided it was easier to take my own (although there was a bit of a ‘now what the hell are you doing’ moment as I produced the Aurifil cones and cone stand ;o) )

Franca kindly played group photographer for us (I had packed my camera up for the cycling that evening, I didn’t even think to bring it!) and she captured a few of us, and a few of the fun decorations around the studio.

Jen and Kerry deep in conversation about a denim skirt: 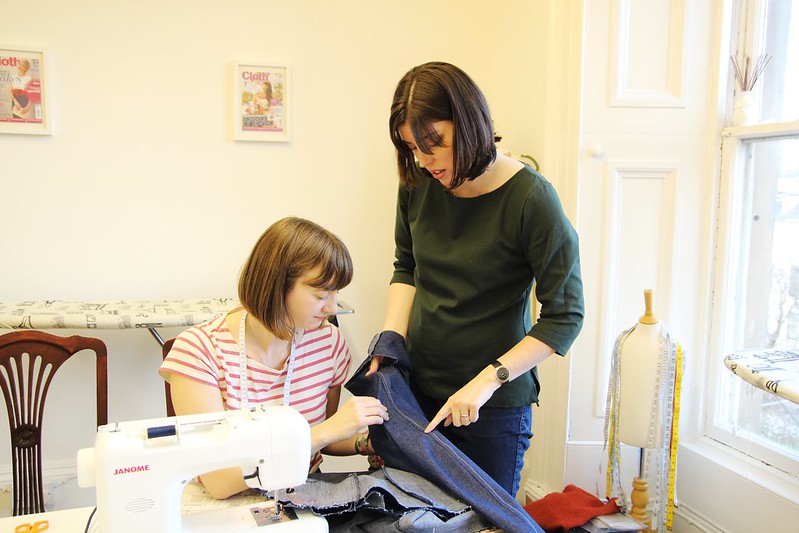 Hazel, Nessa and I hard at work (we were, honest!) 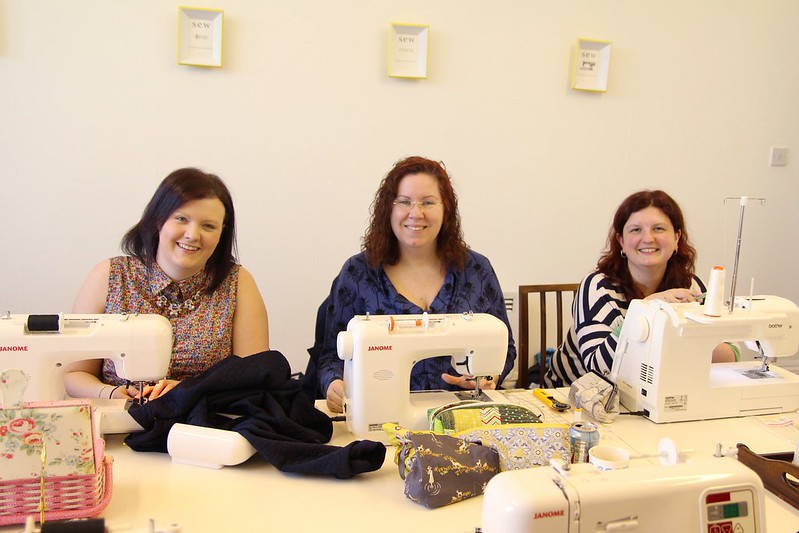 Elaine, Alison and Amy on the other side of the table, who were rather less able to stop, drop and smile on command ;o) 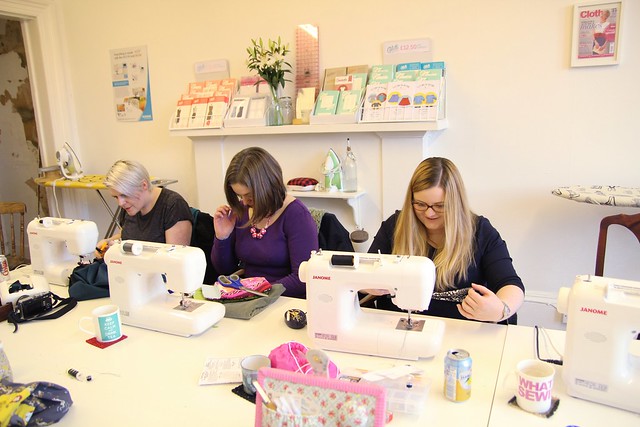 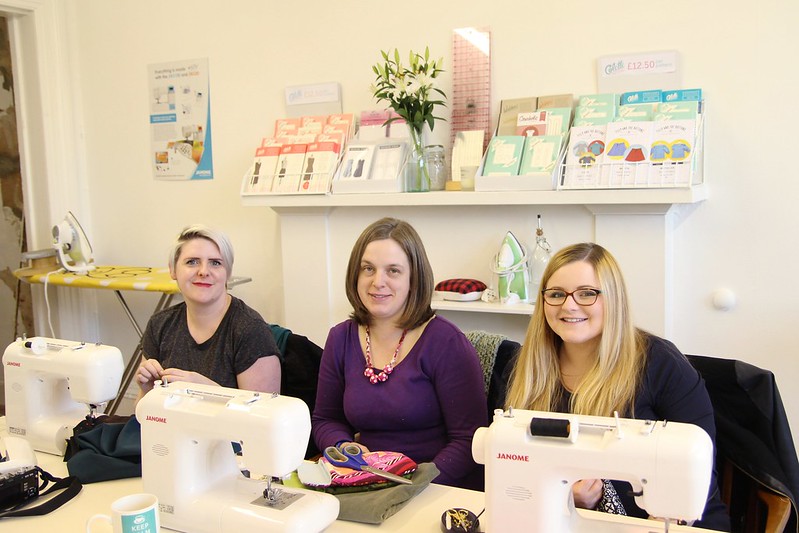 Katy had escaped early, and Franca being armed with the camera did too unfortunately!

Finally a wee tour around the studio, both rooms were lovely and light: 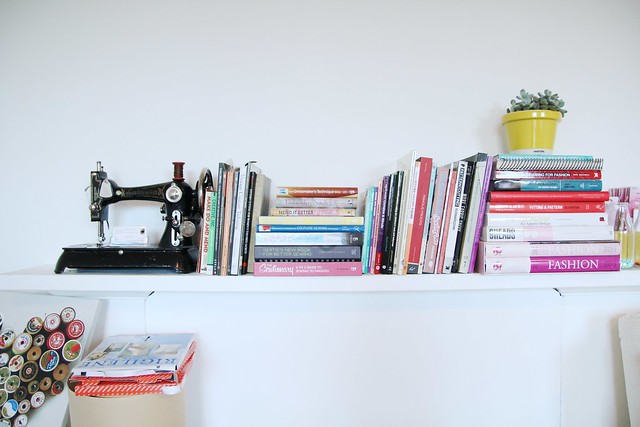 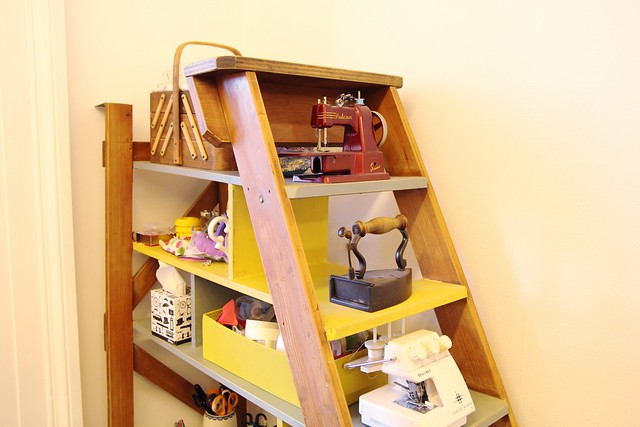 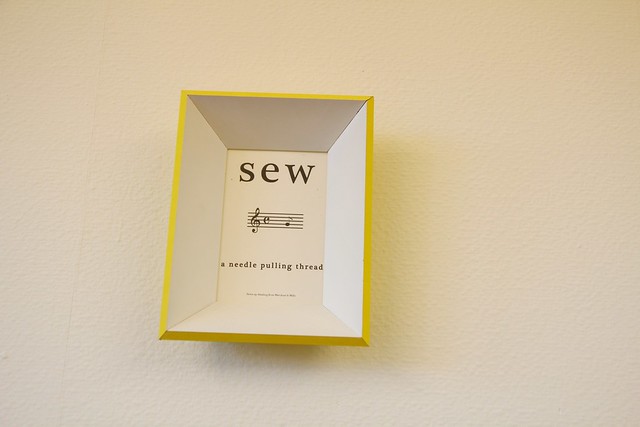 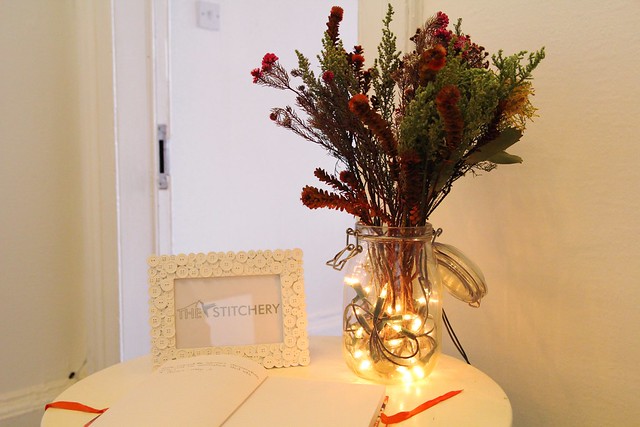 Thanks for a lovely day ladies, and looking forward to the next time!